Royal Caribbean announces cruises from the Bahamas in June 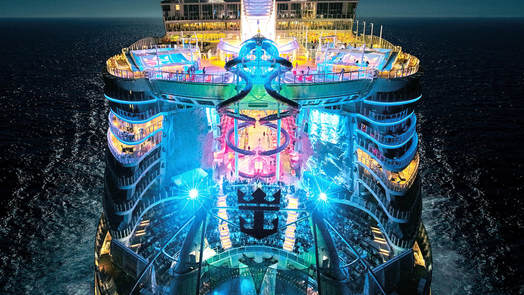 More than a year after the closure of U.S. cruises, the world’s largest cruise line, Royal Caribbean, is heading to the Bahamas, starting in June.

Royal Caribbean International said it will begin seven-night voyages from the Bahamas in June, with stops in the Bahamas and Mexico. All adult passengers and crew will have to be vaccinated, and passengers under 18 will have to test negative for coronavirus.

“We are excited to once again offer memorable Caribbean vacations, gradually and safely,” Michael Bayley, president and CEO of Royal Caribbean International, said in a statement. “Vaccinations are clearly a game changer for all of us, and with the number of vaccinations and their impact growing rapidly, we believe starting with cruises for vaccinated adult guests and crew is the right decision.”

He added: “As we move forward, we expect this requirement and other measures will inevitably evolve over time.”

The announcement comes as cruise ship operators await further instructions from the Centers for Disease Control and Prevention on how to resume service in the United States. After issuing a no-sail order in March 2020 and extending the order, the agency said in October that it would take “a phased-in approach to resuming cruise passenger operations in U.S. waters.”

More than five months later, the agency is still early in the process. The CDC continues to recommend that “all people avoid traveling on cruise ships” worldwide. 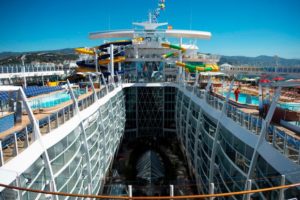 “I think we’re getting more and more anxious and a little impatient waiting for guidance,” Bayley said in an interview Friday morning. He said that since a panel of health experts assembled by Royal Caribbean and Norweigan Cruise Line Holdings presented recommendations for safe cruising again last year, the advent of vaccines has been transformative. “That’s why we’re concerned that the process has been slow. And we’re concerned that it’s based on the past and not the future and what we’re seeing with the vaccines.”

Royal Caribbean has suspended sailings until May 31, other than the four ships scheduled to sail in China, Singapore and Israel. Cruises to Israel, which the company announced earlier this month, will be open to fully vaccinated locals and will visit Greece and Cyprus.

The Miami-based cruise line will be based in Nassau between June and August on the Adventure of the Seas, a 20-year-old ship that can accommodate 3,114 passengers at double occupancy. The seven-night cruises will include calls at Grand Bahama Island, Cozumel and two days at Perfect Day at CocoCay, the cruise line’s private island in the Bahamas. All staff will be vaccinated. An announcement says passengers will be able to “safely explore the culture, history, cuisine and natural beauty of each destination on select Royal Caribbean shore excursions.”

Travelers will have to fly to the Bahamas to take the cruises, although flights are quick from South Florida, a source for many cruise passengers.

“We think there’s a lot of pent-up demand,” Bayley said.

Cruisers will have to follow current rules for visitors to the Bahamas, which may include a negative coronavirus test prior to arrival and a test upon arrival. The U.S. also requires people to test negative before returning to the country.

“Cruise ships are a vital part of the Bahamian economy and the return of Royal Caribbean and its guests to our shores will go a long way toward restoring and reviving tourism,” Dionisio D’Aguilar, minister of tourism and aviation, said in the statement. “We have been diligently preparing over the past several months to ensure an experience that is equally safe and enjoyable.”

From pipeline to illusion: why there is no such thing as carbon-neutral LNG transport