Colombia and the Netherlands seize five tons of cocaine 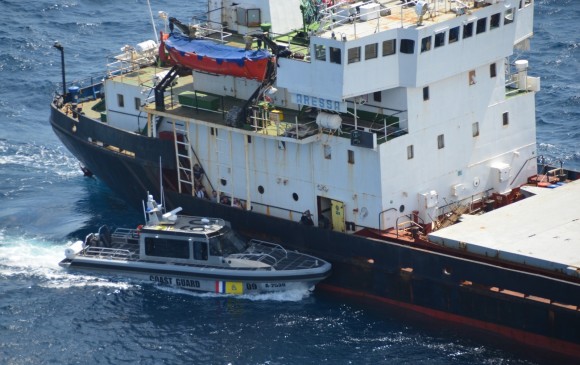 In the waters of the Caribbean Sea and in a joint operation between Colombia and the Netherlands, the seizure of 5.4 tons of cocaine that were transported on a cargo ship with the flag of Cameroon and named “Aressa” was achieved.

According to the information provided by the Colombian Navy and the National Police, the alkaloid was directed towards the port of Thessaloniki in Greece.

The Navy report indicates that the vessel was detected “thanks to the international intelligence and coordination agreement” and there was the deployment of Naval Units of the Royal Navy of the Netherlands, who did the procedure and found in the machine compartment “some packages with narcotic substances from transnational organized crime structures ”.

It was also known that the estimated value of the cargo seized is around 182 million dollars.
The Navy adds that it will continue strengthening maritime cooperation agreements that contribute to closing spaces for illegal organizations operating in the country and its seas.