On December 17, 2020, the Network of Women Maritime Authorities of Latin America (Red MAMLa), celebrated its third anniversary in an emotional commemoration in honor of its history, actions and achievements from 2017 to date, in favor of gender equity within the maritime sector.

The attendees of the celebration; including current members, women who were part of the Network in 2017 and 2019 on behalf of their Authorities and the International Maritime Organization, raised their cup together with the President of Red MAMLa, Paula Pérez Monroy, who on behalf of the Executive Committee, toasted to the successes achieved, which were widely recognized at the 70th session of the Technical Cooperation Committee of the International Maritime Organization (IMO), held in December 2020, as well as at the regional cooperation meetings between Maritime Authorities ROCRAM – CA and ROCRAM of the Americas. 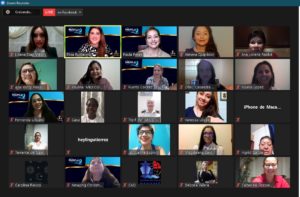 The President made special reference to the 70th session in view of the repeated and impressive number of interventions by the States, who referred to the Network, its work, commitment and important fruits and legacy in such a short time. Delegations from Mexico, Panama, Chile, and Argentina, among others, made interventions in this regard. Paula Pérez Monroy, representing her country, Colombia, and in her capacity as President of the MAMLa Network, thanked the International Maritime Organization (IMO), the States and their Maritime Authorities, and the donors for their ongoing support, as well as the work of each of the representatives to the Network. She asked the Plenary to ensure that there is always a defined space within the International Maritime Organization (IMO) and the Committee to address the issue of women.

The Third Anniversary counted with the special participation of Helen Buni as representative of the International Maritime Organization (IMO) who has been supporting the Gender Program since its beginning; of Beatriz Tórrez, an outstanding international speaker with the theme “My super power is: to be a woman” and words from all the attendees. The celebration culminated with a concert offered by the Nicaraguan artist María Zoraya Dubón who is also part of the Network. In order to share this celebration with our members in Cuba, it was broadcast on Facebook Live.

MAMLa Network, an association sponsored by the International Maritime Organization (IMO) within the framework of its Gender Program, has a presence through women representatives and members throughout Latin America and has been consolidated in these years for being an association that not only discusses issues of gender equity in the maritime world but leaves a legacy promoting and implementing concrete actions that allow greater opportunities in leadership roles, visibility, training, recognition and empowerment of girls, young women and maritime and port women in the Region. 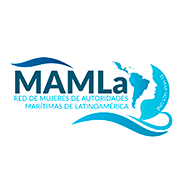 COLOMBIA: Ørsted with intentions of offshore wind projects in the Caribbean

Blockchain and the Shipping Business.

Around 80 workers at ONGC offshore platform positive for Covid