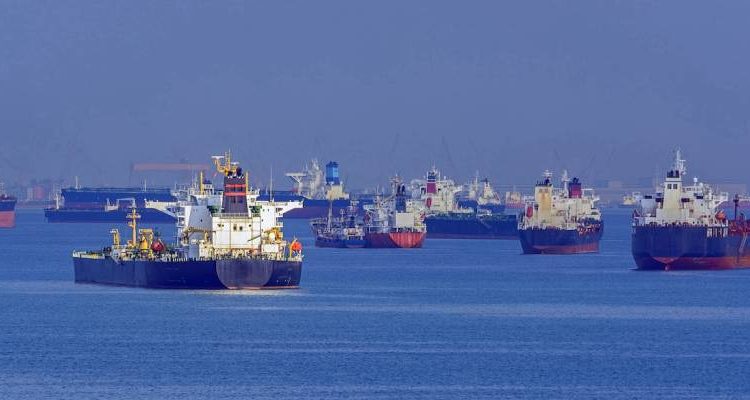 As reported by ALPHALINER the global inactive containership fleet’s slow and persistent increase over the past two months has started to show signs of stabilizing as of the first half of April. The fleet revealed a small uptick in terms of total slot capacity, even as the number of inactive vessels has dropped slightly. 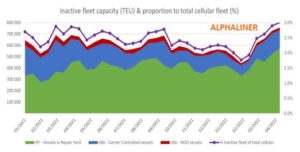 As per Alphaliner’s latest survey on 11 April, there were 198 ships of 756,585 teu counted as inactive. This represents 3% of the global cellular fleet capacity, the highest level recorded since late 2020.

Compared to the previous survey in late February, there was a decrease of 9 units but a slight increase of 28,297 teu in the fleet capacity.
This is due to a reduction in the number of vessels in all size classes ‘below 5,100 teu’ while, by contrast, the overall count for the ‘above 5,100 teu’ size class went up.

Vessels in repair yards continue to make up the majority of the inactive fleet, at 76%. Over the past two weeks the number of repair ships increased by one, while there was a more significant jump of
51,440 teu in capacity. Overall the number of vessels in drydock stood at 143 ships of 575,932 teu.

In the ‘commercially idle’ portion, the numbers dropped marginally. In the past fortnight, the count went down by 10 ships for 23,143 teu. As of the latest survey, it stood at 55 vessels and 180,658 teu.

Meanwhile, non-operating-owner controlled idle tonnage stood at 14 ships for 22,108 teu, with no change in the number of units and a minute drop of 84 teu compared to a fortnight ago.