Inactive fleet shrinks again in second half of May 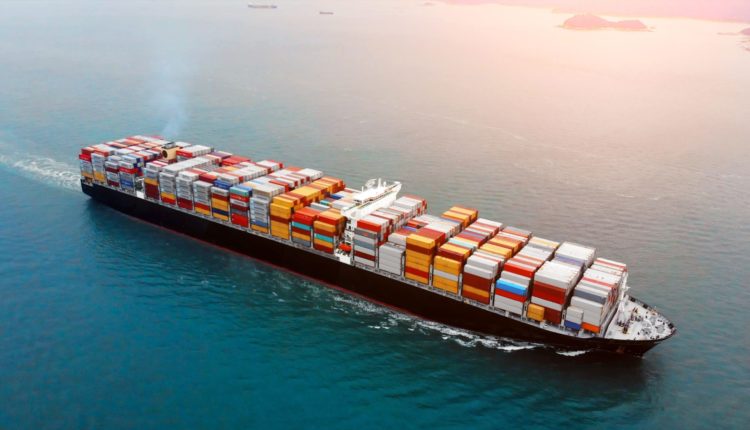 According to Alphaliner, after a slow but persistent climb over the last three months, the global inactive containership fleet once again showed a downward movement in late May as summer approaches.
This decrease came on the back of a number of larger ships that returned to service. The 5,100+ teu segment thus decreased by seven vessels for 69,817 teu. Inactivity in the sub-2,000 teu sector meanwhile continued to grow by eight ships or 7,250 teu. 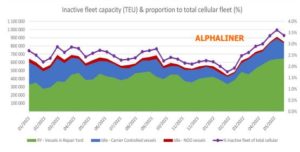 As per 23 May, Alphaliner’s latest survey recorded 218 vessels as inactive for a total of 852,553 teu.
This accounted for 3.4% of the world’s cellular fleet, slightly down from the recent ‘peak’ – and ‘peak’ is really used in the broadest sense of the word – of 3.6% at the start of May.

While today’s fleet inactivity is still 0.7% higher compared to a year ago, it still remains low in a historic context.

A big portion of the inactive fleet, 161 units for 645,906 teu or 76% of the fleet, is still made up of vessels under maintenance, in emergency repairs, or in routine drydocking stays. Over the past two weeks, the number of ships in drydock rose by six units but only by 4,694 teu in terms of capacity.

The commercially idle ships segment dropped by five ships and 65,028 teu in the past fortnight to reach 57 vessels and 206,647 teu.
As a subset of the commercially idle fleet, carrier-controlled ships stood at 45 units and 189,480 teu, revealing a fall of two ships and 58,508 teu in capacity, compared to the pervious count.

Meanwhile, non-operating-owner controlled idle tonnage stood at twelve ships for 17,167 teu, down three vessels and 6,520 teu. This is equal to only eight percent of the commercially idle ships capacity.

WMUAA: The man in charge of the ARC Gloria

MSC on a buying spree of 207 second-hand ships