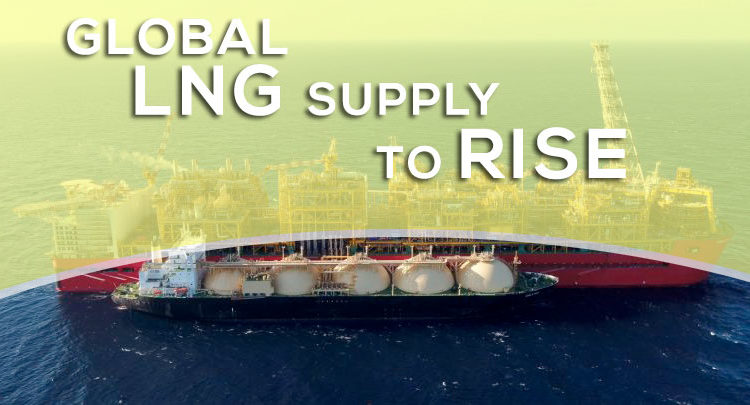 Global LNG trade will rise 11% in 2019: Shell’s forecasts, which see LNG demand amounting to 384 million tonnes next year, reflect a burgeoning industry with new production facilities in Australia, the United States and Russia, and more countries are becoming importers when building terminals

Asia dominates the market and Japan remains the main buyer. China became the second largest in 2017 when demand soared due to a government push for power plants to move from coal to cleaner burning gas to help reduce pollution.

Due to the uneven progress in the development of the liquefaction-export facilities on the one hand and the regasification-import terminals on the other, many analysts see that the global market is becoming saturated with supply, if not this year and next year.

But most also see a supply crisis in the mid-2020s because, at this time, there are not enough liquefaction facilities that are being planned, financed and built.

These projects are backed by long-term supply contracts signed years before by their operators. Between 2014 and 2017, buyers signed shorter contracts for smaller volumes, which makes financing more difficult.

However, Shell said the duration of contracts signed last year had increased on average more than doubled to 13 years.

“A rebound in the new LNG long-term contracting in 2018 could reactivate investment in liquefaction projects,” Shell said. “Based on projections of current demand, Shell still expects supplies to adjust by mid-2020.”

Spot trade amounted to 1,400 shipments in 2018, which accounted for about 30 percent of the global market compared to 25 percent in 2017, Shell said. The spot trade, the purchase and sale of loads for immediate delivery, marks a more flexible and mature market.

VENEZUELA: Iran warns USA not to interfere with the arrival of oil tankers