The 8,500 TEU OOCL Durban has collided with the bridge crane at Yangming Pier No. 70 in Taiwan’s Kaohsiung Port, causing two cranes to collapse at the site. 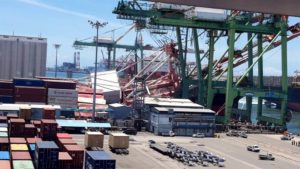 According to reports, one worker was injured and two others were trapped in the wreckage after the cranes fell, but all have been rescued. 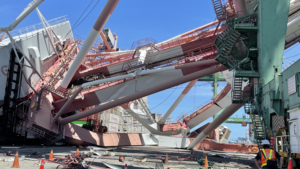 The vessel appears to have come too close to the port, according to the Kaohsiung Port Authority investigation, which says Air Traffic Control has repeatedly warned the ship without receiving a response.