COLOMBIA: Investments for US $ 2,500 million in public terminals 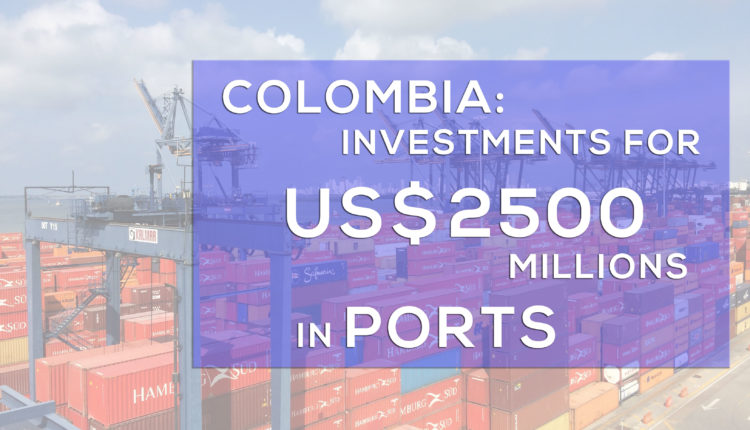 According to figures from the National Agency of Infrastructure (ANI), between 2010 and 2018 the investment executed in port terminals for public use in the country reached 2.558 million dollars, a figure equivalent today to 7.9 billio Colombian pesos.

According to El Tiempo, the period from 2012 to 2015 was the most intense in the execution of initiatives of this type, with 1,928 million dollars.

The annual average executed between 2010 and 2018 exceeds 284 million dollars.

According to the president of the Colombian Chamber of Infrastructure (CCI) Juan Martín Caicedo, in the last eight years, 13 new concessions have been approved and 15 permits have been renewed.

The ANI confirms that this injection of resources is reflected in a 55 percent increase in the installed capacity of the ports, whose approximate level was 286 million tons per year, and for the year 2018 it was located at 444 million annual tons of installed capacity.

ANI forecasts say that by 2021 the installed capacity of the country’s port infrastructure could reach 514 million tons per year.